Most Americans speak only one language.  I don’t have a problem with that.  That fact, by itself, does not mean we are lazy or stupid.  But the fact that so many speak it poorly surely does.  Here are a just few of this Grammar-Nazi’s language Pet Peeves.

2. Your, You’re and Ur.  OK, I get that when typing quickly this is an easy mistake to make.  We sometimes type “your” when we mean “you’re”; or the other way around. But “Ur” is a total collapse, effectively giving up on a nice bike ride or a hike after the first drop of drizzle.

“Oh, it’s so hard, I’ll just type Ur.”  Use of Ur and repeated Your/You’re errors just show laziness.

3. Their, They’re and There.  Occasional such typing errors are expected, even when proofed.  Repeated errors?  Lazy.

4. Affect/Effect.  This one really bugs me.  One simple rule will get you the right answer 99% of the time.  “Effect” is a noun.  As in: “What was the effect of your efforts?”  Effect is a thing.

Affect is a verb.  “Do you see how your word choice affects me?”

Rarely “effect” can be a verb.  But if you get that far, you’re already an English expert.

5.  Who/Whom and prepositional phrases.
Like “I”, the pronoun “who” is nominative.  That means it gets to do things.  Who is doing that?  Who is singing?  Who pinched me?  Who is there?  Who won the race?

Like “me”, the pronoun “whom” is an object.  That means it gets things done to it, for it, about it.  “To whom are you speaking?” or “For whom is this gift intended?”

Whoever and whomever follow the same rules.  Whoever is nominative and does things.  Whomever is objective and gets things done to it, things done for it and things done about it. “Will whoever is farting please stop?” And …  “We will hire whomever you recommend.”  In the first, “whoever” is doing something … namely farting.  In the second “whomever” is getting something done to them … namely recommended.

A reasonable exception is that an entire clause can make up the object.  So: “I will give the award to who deserves it most.”

A particularly sharp Pet Peeve is trying too hard and missing this last rule.  “I will give the award to whom deserves it most” is so painful; because it is an equivalent error to “me deserve the prize.”  As is “Will whomever is farting please stop?”  Ewwwww.

6.  Last and most Peevish: Apostrophes.
6a) There is not a single case where an apostrophe should be used with the possessive pronouns: my, mine, ours, yours, his, hers, theirs, its.  These are clearly possessive and need NO apostrophes … ever.  “That book is her’s  ….”  “That is it’s nature … ”  ewwwwwww. Just … don’t … do it. Then there the doubly erroneous “That is its’ nature.”  Holy moley.  An apostrophe AFTER the “s” in possessive “its.”

6b) Apostrophes should only be used for plurals in very rare cases.  “The decade’s went rolling by …”   “All of her T-shirt’s were too small…”    ewwwwwwwwww.  Not necessary, not acceptable. It is a waste of a character.

The exceptions are few, but understandable.  See below.  Plus, many people accept things like “There are no if’s, and’s or but’s on those posts”; although most style manuals recommend against it.

And years don’t use apostrophes for plural either.  The decade from 1930-1939 is correctly called “the 1930s” … and  not “the 1930s’. ”  Using the apostrophe indicates possessive: “The 1930’s characteristic events include the Great Depression, the Dust Bowl, Social Engineering and the outbreak of World War II.”

[An exception is the plural of lower case letters (“mind your p’s and q’s”) and plural of abbreviations with mixed lower and upper case letters (“she had already earned two PhD’s”).  But these are rare and well beyond any reasonable Pet Peeve.]

Attention to details shows that we Americans — we who are generally assumed world-wide to be lazy and parochial — have at least shown a modicum of mastery of at least one single language: our own one mother tongue. 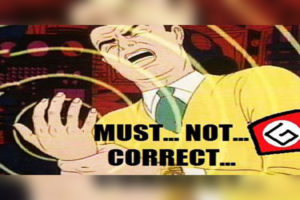 Ok.  That bug is crawling out of my orifice now. Have a wonderful week.  As for me, “It is what it is” — I will have to deal with this with a smile on face indefinitely.  I can do it.  Yes I can.  But silently, internally … every day … all day long … I am correcting grammar. 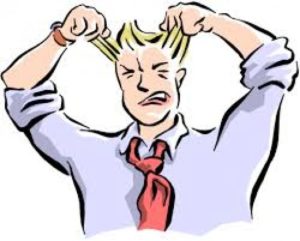 Why do we do that?  We certainly don’t intend to bathe there, unless you include a little splashing at the sink.

That’s enough ewwww and gross for now.  I don’t want to be your new Pet Peeve.

Stay careful and healthy out there.

Feel free to comment below or Email Joe with your own Pet Peeves.  Or to just berate me.

[1] There is a lot (I mean a LOT) of internet based discussion on this topic.  Surveys nearly all fall in the range of 65-80% prefer OVER, and much of the remainder don’t really care.